The most frequently asked questions about low testosterone treatment. Find out about our approach to testosterone replacement therapy (TRT) as well as the causes and effects of hypogonadism.

We provide free, no-obligation, online consultations so that you can meet with an experienced weight loss expert, review your diagnostics, and learn more about our medical weight loss programs…

We now offer our consultations online. This means you can meet with a friendly weight loss expert on a secure video chat platform from the safety, privacy, and convenience of your home or office…

What does testosterone do?

The hormone called testosterone is produced in the testicles and is utilized by the body to maintain fat distribution, bone density, sex drive, the production of sperm, muscle mass, and the production of red blood cells. Testosterone levels typically are at their apex during the adolescent stage and early adulthood. After the age of 30, men will usually experience a slow decline in testosterone levels at an approximate rate of 1 percent per year.

What are the causes of low testosterone?

What are the usual symptoms of low testosterone?

The symptoms of low testosterone vary in different men, but the most common signs and symptoms associated with testosterone deficiency include:

How can I get my testosterone levels checked?

There is only one way to accurately check your testosterone levels. This is accomplished by a doctor performing a laboratory blood test.

Can I effectively increase my testosterone levels with exercise and dieting?

Though we encourage all patients to maintain a healthy diet and regular activity for general health, there is currently no known documentation that suggests a change in lifestyle can cause the testes to produce more testosterone over an extended period of time.

Are there side effects associated with testosterone replacement therapy?

The following side effects have been experienced in varying degrees by some testosterone replacement patients:

NOTE: Though multiple scientific studies have shown no correlation between TRT and malignancy development, the use of testosterone with either breast or prostate cancer is contraindicated as the testosterone therapy has shown to stimulate the growth of these cancers. Those who have been diagnosed with these cancers are not considered candidates for TRT.

Do You Qualify as a Candidate for TRT?

WANT TO HAVE BETTER FOCUS?

Having a Hard Time Building Muscle?

Having a Hard Time With Depression?

“Coming here has turned my life around. It’s made my workplace a lot better, easier, and less stressful. I’m making my numbers better than I was two months ago. The boss is off my back. It’s also been much better at home. I’ve been able to perform better in the bedroom. It’s almost like we’ve turned the tables. Before, I was the one saying ‘no’ and now she’s saying, ‘I need a break’. One of the big things for me is the kids. I have a two-year-old girl and a six-year-old boy. Keeping up with them at the end of a work day was hard. Now they’re passing out before me and I’m like, ‘Let’s go play catch or something.'” – Michael, Plano, TX
⭐⭐⭐⭐⭐

“The changes I’ve experienced have been remarkable. I feel much better and other people, especially my wife, have taken notice. I even received a commendation at work! Optimizing my hormones was a great decision for me. It’s literally had a positive impact on every aspect of my life, including my marriage, my home, my work, and even my golf game. If you’re considering hormone optimization with TRT, may I encourage you to give Renown a call? I’m glad I did.” – Demetrious, Las Colinas, TX
⭐⭐⭐⭐⭐

“I found Testosterone Medical to be a caring clinic that offered affordable testosterone treatment and excellent customer service. What more could I ask for?” – Richard, Coppell, TX
⭐⭐⭐⭐⭐

“I was skeptical when I first started my testosterone replacement therapy, but I really have noticed a difference in my mental sharpness, my energy levels, and my body composition. I wish I would have started the low t treatment sooner.” – Seth, Dallas, TX
⭐⭐⭐⭐⭐

“Fabulous staff, headed by Dr. Khan, who is smart, caring, professional and great at what he does! Definitely a recommended service!!! Felt like family from the first visit.”” – Samuel, Mesquite, TX
⭐⭐⭐⭐⭐

“I just started the testosterone injections and can report that I have already noticed a difference.” – Nathan, Hudson Oaks, TX
⭐⭐⭐⭐⭐

“My experience doing TRT has been tremendous. I feel better. I look better. What more can I say?” – Terrance, Dallas, TX
⭐⭐⭐⭐⭐

“I totally trust Dr. Khan with all my ailments! He is truly a healer with a good heart and he takes the time to talk with me, explaining everything in detail. I am in good hands in his care. The staff is also terrific. They are friendly, professional and accommodating to my schedule. I highly recommend this practice.” – Stephen, Grand Prairie, TX
⭐⭐⭐⭐⭐

Are you or a loved experiencing one or more of these Low T symptoms? If so, don’t let low testosterone rob you of another day. Complete this online form to request your free consultation!

With Three Marquee Locations in the U.S. 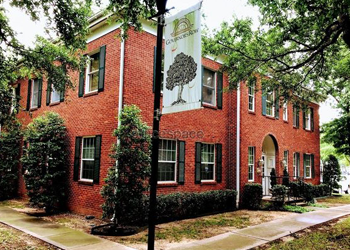 The claims and verbiage used on this website have not been assessed by the FDA. The testosterone products and programs offered by Testosterone Medical Center are not intended to diagnose, treat, cure, or prevent any disease. The results reported in client testimonials may not be typical. Individual results will vary.